Qwerty has become one of the most sought-after collector’s pens in Visconti’s extensive selection. Inspired by the alphanumeric keyboard patented in 1864 by Christopher Sholes, this limited edition collection is a vintage-style tribute to a timeless writing system that is still extremely relevant today.

Qwerty, available in fountain pen and rollerball versions, is the result of expert engraving work which fully demonstrates Visconti’s virtuoso craftsmanship. What makes it inimitable is precisely its aesthetics. The barrel and cap of the pen are made of black acrylic and subsequently covered by a meticulously engraved and enamelled aged silver structure that echoes elements of the first typewriters down to the smallest detail. The internal components are machined using the turning method, while the precious outer casing is engraved using a special three-level technique that gives the pen an extraordinary three-dimensional effect.

Fitted with our innovative Double Reservoir filling system, the fountain pen features an in-house 18kt gold nib finished in ruthenium, aged silver plated details and a beautiful hand engraved band enamelled in our workshop. A subtle reference to the first typewriter models can be found on the pen’s clip which is embellished with a design detail reminiscent of a traditional typewriter key.

The true story of the Qwerty keyboard

146 years after its invention, the typewriter is considered a collector’s item, yet the arrangement of letters on the keyboards of the time is essentially the same one we use today, even on our touchscreens, to type billions of words every day in record time. But how did the first typewriter come about? Let’s take a step back.

Editor and typographer Christopher Latham Sholes had always been known for his inventiveness. He spent his days at Charles F. Kleinsteuber’s workshop in Milwaukee, a sort of ante litteram incubator for local inventors. In the 1860s, he began work on a machine that would allow him to easily number objects in series (pages of a book, train tickets).

After four years of research, experimentation and hard work, he and his partner, Samuel W. Soulé, succeeded in patenting this very kind of machine. Some time later, Carlos Glidden realised that if the machine could print numbers, it could also print letters. Hence the partnership between Glidden and Sholes, who together decided to build the prototype of the typewriter as we know it today.

The instrument patented in 1868 is reminiscent of the teletypewriter, the device telegraphers used to transmit written text from one location to another. Interestingly, the distinguishing feature of Sholes and co.’s first machine was that the letters were arranged in alphabetical order.

But history works in mysterious ways. When Remington produced the first exemplar based on Sholes’ 1868 prototype, the keys were arranged completely differently. Apparently, the first people to test the typewriter were Morse code interpreters who asked for the key layout to be shuffled to suit their decoding and transcription needs. They steered away from the alphabetical order because Z, S and E, for example, are very similar in American Morse. Hence the need to place the three letters next to each other on the keyboard. Some experts believe that the needs of telegraphers set the scene for the QWERTY keyboard system and influenced the way we type to this very day.

The pens of the Qwerty collection come in a matching case that was conceived as a charming object to put on display. The design is inspired by the first Remington typewriters, where the upper part, complete with a hinged opening in aged silver, contains a red and black glass ink bottle.

The lower section, where the writing instrument is stored, has a magnetic closure system that allows a glimpse of the pen. The lid is embellished with aged silver and ivory enamelled keys that make up the word Qwerty. The case also showcases an aged silver plaque with the Visconti logo, reminiscent of typewriter strikers.

Every little detail of this precious writing instrument, takes us back in time to the years of the invention of this extraordinary device that would revolutionise the lives of many people, both professionally and privately. 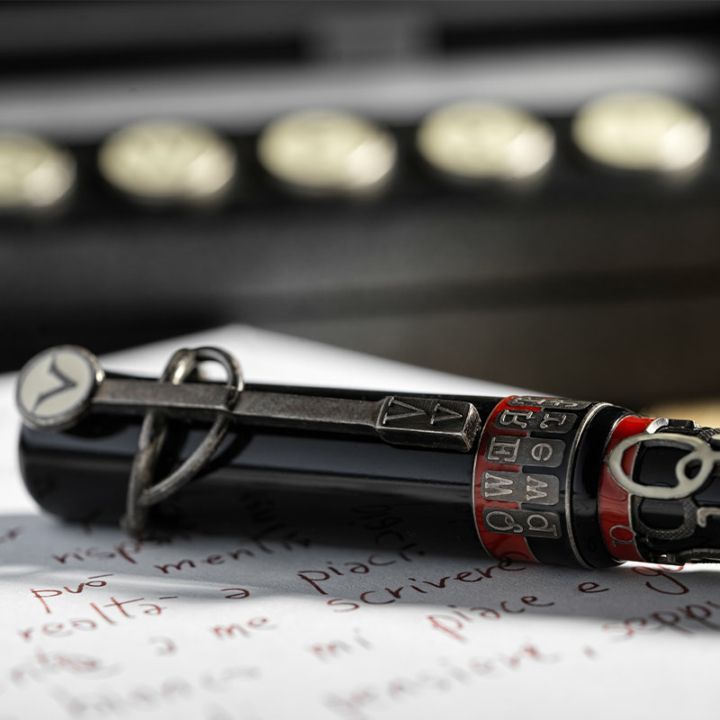 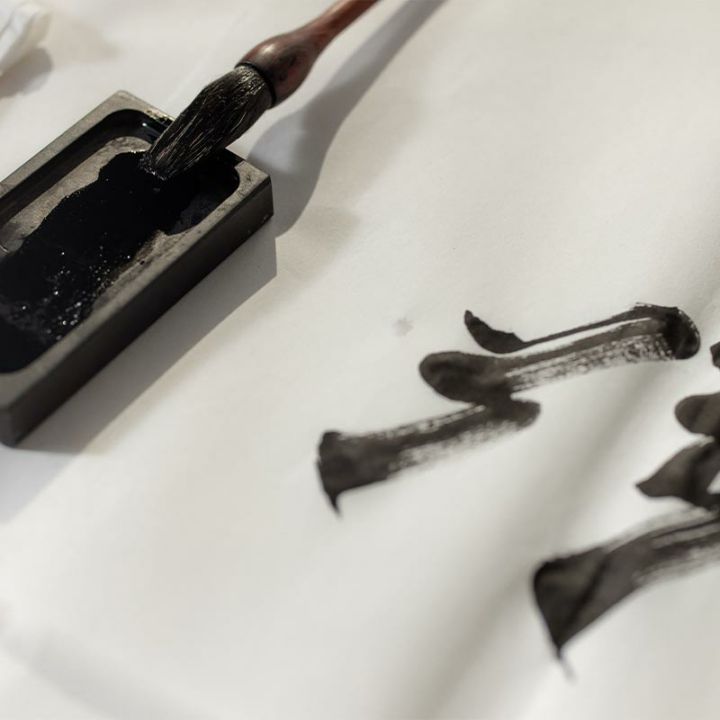 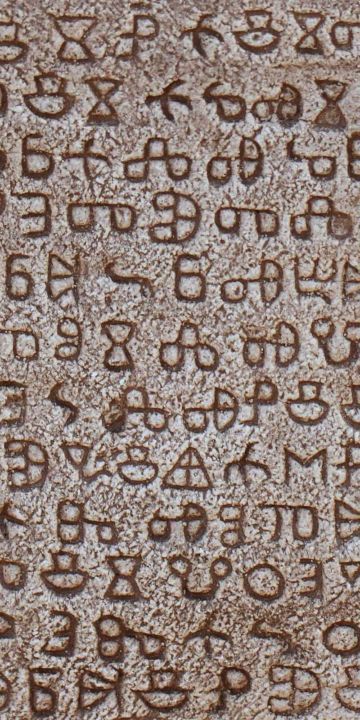 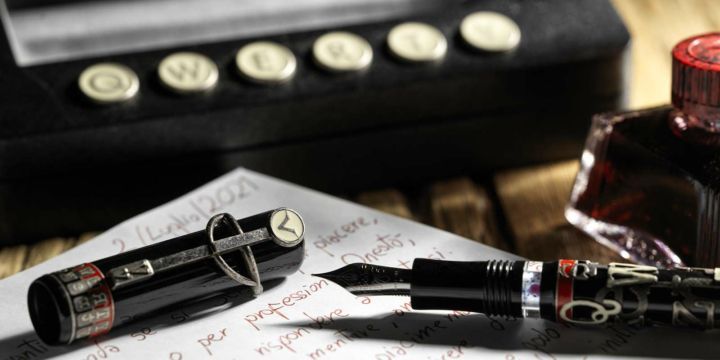