Writing has very ancient origins. However, texts have not always been aesthetically pleasing, which is why a distinction should be made between handwriting and calligraphy. According to the Encyclopedia Britannica calligraphy is ‘the art of beautiful handwriting. The term may derive from the Greek words for “beauty” (kallos) and “to write” (graphein). It implies a sure knowledge of the correct form of letters—i.e., the conventional signs by which language can be communicated—and the skill to make them with such ordering of the various parts and harmony of proportions that the experienced, knowledgeable eye will recognize such composition as a work of art.’ However, before discussing writing as a purely artistic form, let’s review some fundamental historical steps that have marked the evolution of graphic representations of concepts over the centuries.

The first two ways in which thought was transcribed onto a physical medium are, on the one hand, pictograms and ideograms (writing systems in which a symbol represents an object or a concept) and, on the other, phonemes (systems in which each symbol has a phonetic value that, combined with others, results in an articulated sound designating an object or a concept). Since Western calligraphy has its roots in the phonetic system, we will concentrate on this particular one in this first article. In particular, we will focus on scripts that rely on the Latin alphabet, which has its origins in the Phoenician cuneiform script.

Initially used for engravings on stone and marble surfaces and for epigraphs, then also used for texts, the so-called Roman Capitals are the first type of Western script. The geometric nature of these characters can be explained by how they were made. The characters are first painted onto the stone, then chiseled and finally filled in with colour to create a particular three-dimensional effect. The name Roman Capitals is posthumous to the birth of the writing system itself; it dates back to the Middle Ages, when this type of script was used for the opening lines of the various chapters (‘capita’) of books.

Later, the calamus replaced the brush; the papyrus (‘volumen’), the stone surfaces. The calamus is a broad tipped pen made from a piece of dried cane. Due to its extreme fragility, the papyrus was short-lived and soon replaced by parchment, which was much more resistant and therefore suitable for repeated use over time. The first ‘codexes’, books as we understand them today, are nothing more than bound sheets of parchment made from treated lamb, sheep or calf skins. Between the 2nd and 3rd centuries A.D. the use of this medium helped the emergence of Rustic Capitals, a more compact and faster script than the Roman one.

Roman writing systems spread rapidly through the numerous conquests of the Roman Empire. They were used to facilitate dialogue and written communications in every territory under its rule. Although Roman Capitals remained the official script for a long time, when it came to everyday writing, an easier to write but less legible lowercase cursive style was more popular.

While the Roman script was used for governmental documents and all cultural writings, with the spread of Christianity (the state religion since 314 AD) it became necessary to codify a calligraphic style that clearly distinguished the sacred from the pagan. The Uncial script with its round, full and soft lines is very close to the aesthetics of the Greek writing system. It was the most widely used writing system in the Middle Ages, especially when one wished to highlight a sentence or text fragment. The Uncial script later developed into the semi-uncial, its lowercase version.

As custodians of universal knowledge, the Christian monasteries passed down knowledge through the laborious and painstaking work of its scribes. Copying the great classics, the amanuensis wrote on parchment using quills, usually treated geese or swan feathers. Switching from the calamus to the tapered quill enabled monks and other users to leave a clean, fine line that was easy to read and pleasing to the eye.

Monasteries were often located in territories that were sometimes very distant from one another. Each religious center would experiment with stylistic differentiations that led to the birth of local and distinctive calligraphies, such as the Beneventan and Insular scripts.

For examples of these calligraphies continue this journey with the article Calligraphy, When Writing Becomes Art, Chapter II. 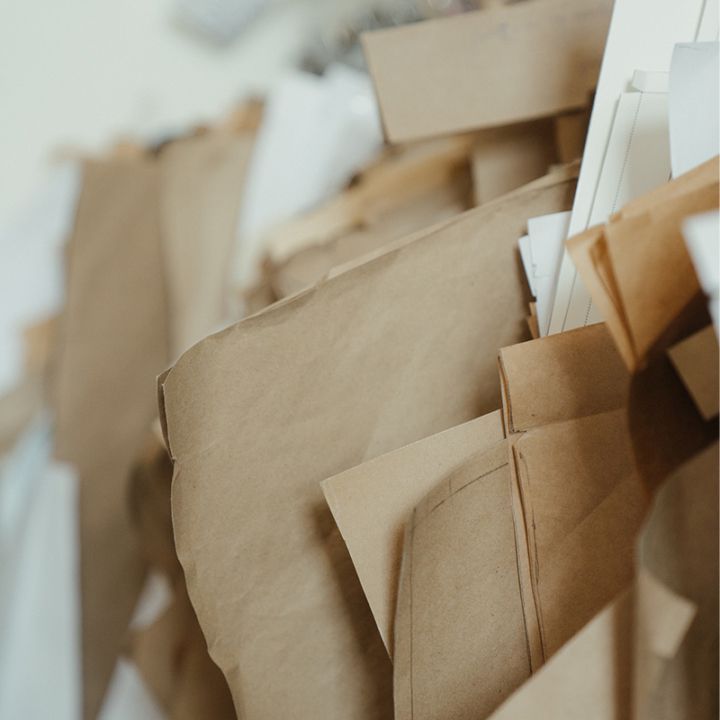 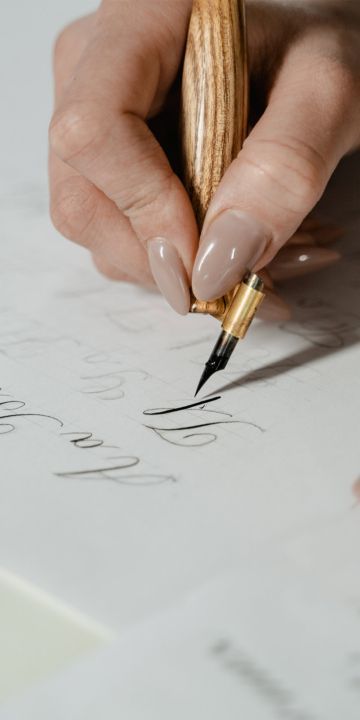