Celluloid, a light, elastic, waterproof and unbreakable material, is used in a wide variety of applications. It is widely used in the production of writing instruments because of its comfortable and velvety feel, and its ability to take on different colours.

Celluloid doesn’t only offer endless possibilities in terms of colours, it can also be combined with other elements such as mother-of-pearl and ivory inserts, coloured powders and metallic threads. Moreover, it can be marbled, striped or laminated. But what are the origins of this multifaceted and unique material?

Many different names for a single material

Developed around 1863, celluloid is made by mixing cellulose with nitric acid and camphor alcohol. From a soft, malleable material, it becomes rigid and strong after going through a drying process to remove residual moisture.

As is often the case, the brand who patented the material, in this case the Celluloid Manufacturing Company, becomes the recognised name of the product. But, over the years, the most renowned pen manufacturers have given celluloid different and imaginative names to truly make it their own. To cite but a few examples, Parker calls it Permanite; Sheaffer, Radite; Carter, named its mix of celluloid and mother-of-pearl, Pearltex.

For some, the first specimen produced with celluloid is the Lifetime, developed in 1924 by Sheaffer. This pen, with a particularly rigid nib, was very well suited to office tasks. For others, the first manufacturer to exploit this miraculous material on a large scale was LeBoeuf, who started using it to design pipes in 1920. For others still, one of the first fountain pens to be forged from celluloid was Waterman’s Patrician, available as early as 1929 in various colours, including turquoise, agate and emerald.

The story of celluloid began at the end of the 19th century thanks to an English chemist who, following his intuition, created a semi-synthetic material.  Alexander Parkes‘ Parkesine was later better known as Xylonite. A few years later, the baton was passed to the Hyatts, the American brothers who patented the formula for cellulose nitrate, the first form of celluloid as we know it today. The initial aim of this new material was to replace the ivory used to make billiard balls, but the result was an unexpected success in dentistry.

The 20th century was definitely the golden age of celluloid.  This plastic material, known in the technical jargon as cellulose acetate was prized for its flame-retardant properties and used in the construction of aeroplanes and cinema film. In the 1940s, however, with the great success of plastic resins, celluloid was abandoned by commercial pen manufacturers, while it continued to be chosen by the most prestigious brands for the creation of limited edition fountain pens.

Visconti is one of the historic brands that have kept the tradition of celluloid pens alive. The Asia collection is a perfect example of how this material can be both expressive and functional. The inspiration for this limited edition fountain pen comes from the inseparable bond between man and nature in the Asian philosophy.

In order to physically represent this connection, Visconti chose the shape of bamboo, a plant known for its ability to fight air pollution, as inspiration. As strong and flexible as bamboo, celluloid is the material that best adapts to various writing needs and contexts: it embodies a fluidity of thought that embraces new perspectives and cultures.

The barrel and cap are made of stacked coloured celluloid elements that create a perfect chromatic balance that evokes an oriental style. The unconventional design of the Asia fountain pen is therefore an emblem of the harmony in which man and nature can coexist, demonstrating that even a plastic material such as celluloid, if skilfully worked, can fit into a completely natural context. 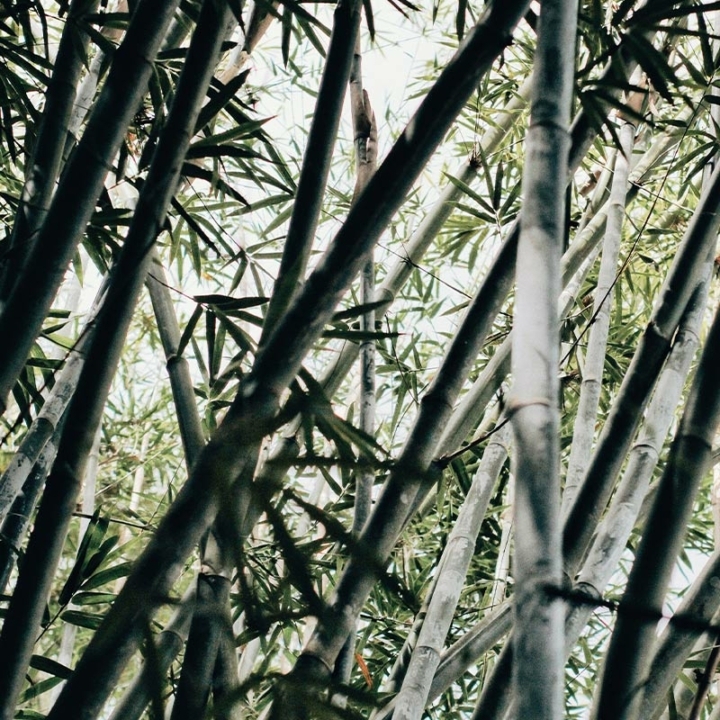 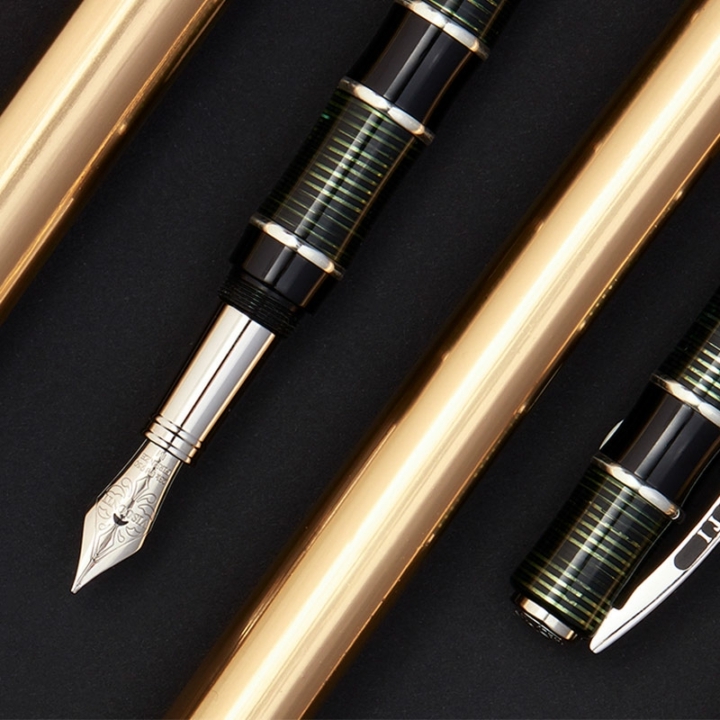 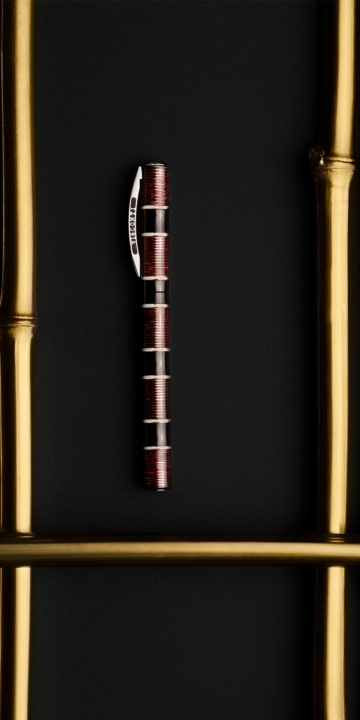