Now known in both industry jargon and for the general public as the skeleton technique, this virtuoso manufacturing process is based on the creation of a metal structure that wraps around the barrel and cap of the pen to highlight the characteristics of the underlying material. This technique brings out  both a visual and tactile three-dimensionality, essential for a sensory writing experience.

In Visconti’s vast array of collections, some limited edition pieces are made using the complex skeleton technique to underline their value and uniqueness. This article will focus on two of our most famous skeleton collections: Watermark and Torpedo. 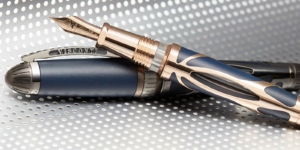 Designed with the aim of creating a futuristic-looking, optical illusion, the Watermark collection creates a hypnotic kaleidoscopic effect with its wide ranging colour palette and metal grid. The Rainbow version, in particular, recreates the sensation of an iridescent and evanescent rainbow. The Silver version, on the other hand, is a splendid example of impeccable technical and artistic craftsmanship. It’s design was so pleasing and original that it won the Best Pen Design 2017 award from Le Stylographe.

Watermark comes in three colour variants, Bluemoon, Rainbow and Silver and in a rollerball and fountain pen version. The writing instruments are made from acrylic resin, silver with an iridescent finish and palladium. They are adorned with the distinctive Visconti nib in 18kt gold and the practical Power Filler system with a double reservoir. The screw top closure uses a Piltz thread typically used for camera lenses that allows the pen to be opened and closed in no more than a turn and a half. It also makes it possible to perfectly align the fretwork design between the barrel and the cap.

Despite the fact that each pen is entirely made of metal, it is light and particularly easy to handle thanks to the openwork filigree, skilfully combined with transparent acrylic resin, which creates an elegant pattern reminiscent of Visconti’s V logo. The Watermark’s skeleton starts as a silver tube on which careful incisions are made. The whole process is extremely meticulous and requires a delicate manual process that culminates with the careful polishing of every single small component of the pen.

Another perfect example of the skeleton technique is Torpedo, a collection inspired by Bolidismo, a design movement founded by a group of young architects in Florence during the 1980s. A torpedo isn’t only a weapon, but also a well-known car model from the early 1930s that embodies the concept of movement and fluidity promoted by the Bolidists. The dynamic ogival shape of the pen embodies the perfect synthesis of two of the characteristics of our most sophisticated pens: the skeleton technique and transparency.

The barrel of the Torpedo pen has an inner part in transparent resin and a carbon cover embellished with a perforated metal grid. The clip that recalls the Ponte Vecchio is finished with a pearlescent enamel. Carbon fibre was chosen for the barrel and cap, a material that perfectly matches the galvanised brass structure and the resin barrel. The carbon is treated with a catalysed impregnating agent which gets completely absorbed by the fibre and shields the surface without adding an extra layer of thickness.

The pen comes in three colour combinations: blue and pink, blue and ruthenium and black. The fountain pen version is equipped with a precious 18kt rose gold nib and the functional Power Filler double reservoir filling system. The collection also stands out thanks to its sophisticated brass elements which are initially machined with numerically controlled machinery and then pierced, engraved and polished manually by our skilled craftsmen. The refined finishes are made of rose gold plating and ultra black ruthenium. The pen’s bespoke case is decorated with a perforated plate that echoes the distinguished blue filigree pattern, obtained on the barrel thanks to the skeleton method. 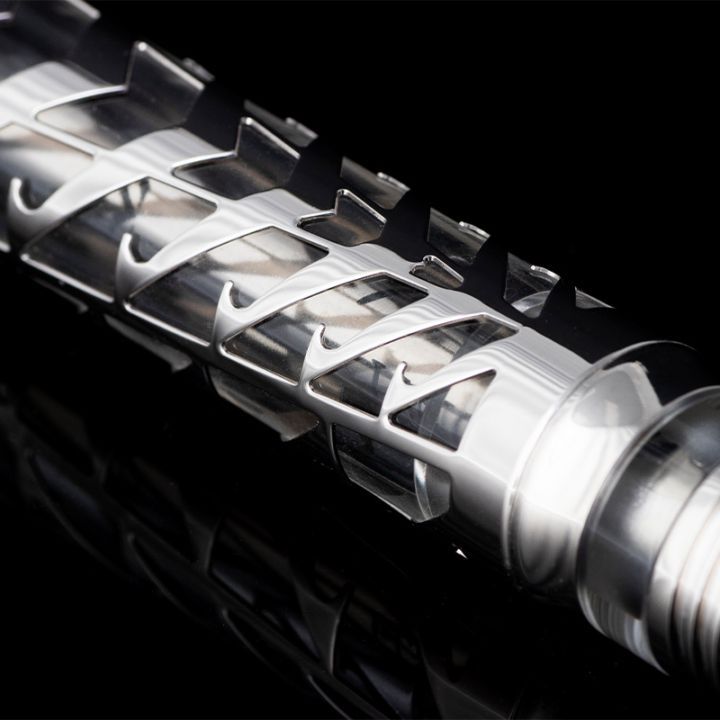 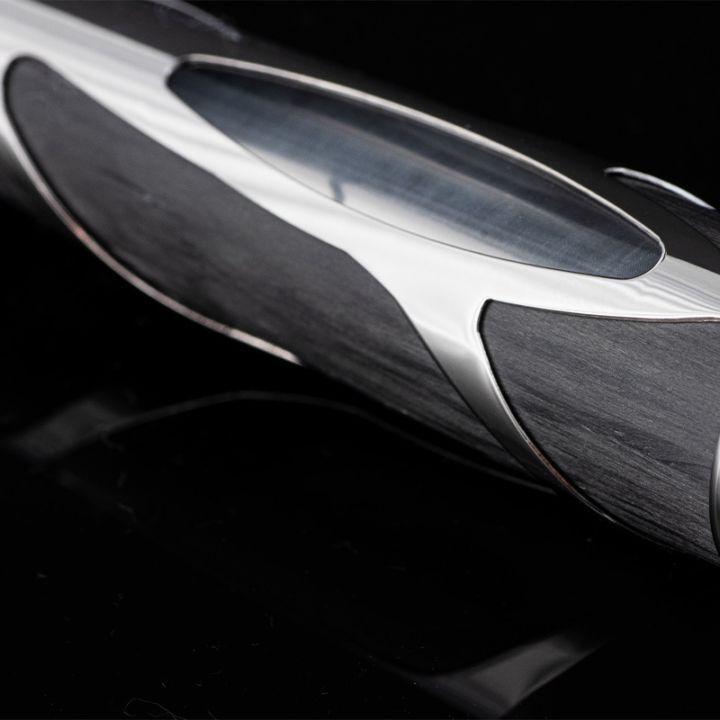 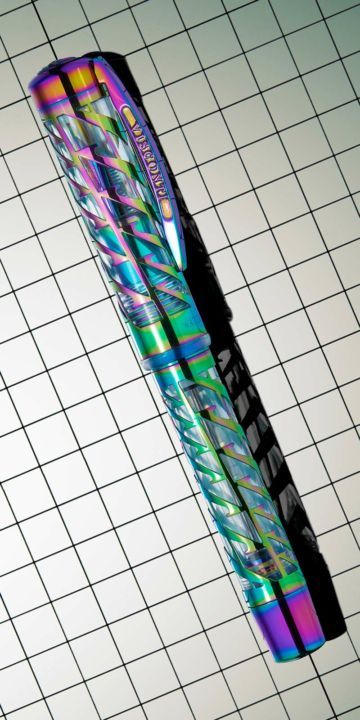