From the collaboration with the undisputed Master of Thrill comes the new Divina Dario Argento collection, a version of the Divina in a limited edition of only 50 pieces that pays homage to the flair and genius of Dario Argento’s cinema.

Dario Argento, director of masterpieces such as Deep Red, Suspiria and Inferno, to name but a few, has put his imagination to use in the creation of a luxury fountain pen that recalls the typical colours of his thriller-horror settings.

Thanks to the visionary filmmaker’s immense talent, his feature films,  filled with a perfect combination of dreamlike, fantastical and horror elements, have become iconic movies of the genre. Dario Argento’s eerie atmospheres come to life with his choice of decisive and complementary colours like red, blue and green. Dario Argento‘s films have become true milestones of the genre’s cinematography thanks to his use of blood, flashbacks, subjective shots and eerie soundtracks.

The Divina Dario Argento collection faithfully reproduces the twilight shades we find on the screen, with red and black tones blended to evoke eerie and mysterious atmospheres. The acrylic resin with a mother-of-pearl effect is moulded and decorated to give life to extraordinary shades of black, burgundy, red and pink that develop along a curved and soft structure inspired by the golden ratio. Its swirling design transports us into the whirlwind of the dreamlike and surreal dimension typical of the famous Italian filmmaker’s films. It is no coincidence that this new limited edition collection is inspired, in style and shape, by the iconic Divina Elegance fountain pen. The design of the Divina Elegance reproduces the sequence of the nautilus, one of the most extraordinary marine molluscs whose shell develops in a logarithmic progression. The careful hands of our craftsmen, inspired by the perfection of nature, give shape to this exclusive collection of fine fountain pens.

Like the Divina Elegance, the Divina Dario Argento is embellished with silver inlays, inserted manually one by one at each corner of the octagon that gives shape to the fountain pen. The carnelian set on the pen’s cap is yet another distinctive element that makes the pen signed by Dario Argento even more unique. This semi-precious stone has an intense colouring due to the inner presence of iron oxides which give it a striking blood-red colour. The metalwork is made of 925 silver, while the nib, in ruthenium-plated 18-carat gold, comes in five different thicknesses.

Given its limited availability of only fifty pieces, the Divina Dario Argento is an object destined to become iconic. This collector’s item is a perfect combination of the creativity of the great master of cinema and the skill of our Visconti artisans. What started as a sketch on paper became a physical representation of the crux of Dario Argento‘s creations: the impetuous sensations that stir the human soul.

A precious, personalised box accompanies the fountain pen. The elegant black velvet cover, embellished with the Visconti logo and the maestro’s signature, once opened, reveals a lithograph of the original drawing by Dario Argento and two small bottles of black and red ink with a silver-plated cap. Each fountain pen is numbered and autographed, testifying to its unmistakable uniqueness.

The fascination with darkness and a changing and subjective reality is a recurring motif in the master’s films. His lens portrays an introspective and refined vision of our deepest feelings. The kaleidoscope of dark colours and sinuous shapes of the Divina Dario Argento evokes the same sensations found in his horror masterpieces. Visconti’s unmistakable stylish and refined mark is present in this jewel-like pen in the quality of its materials, design and craftsmanship. 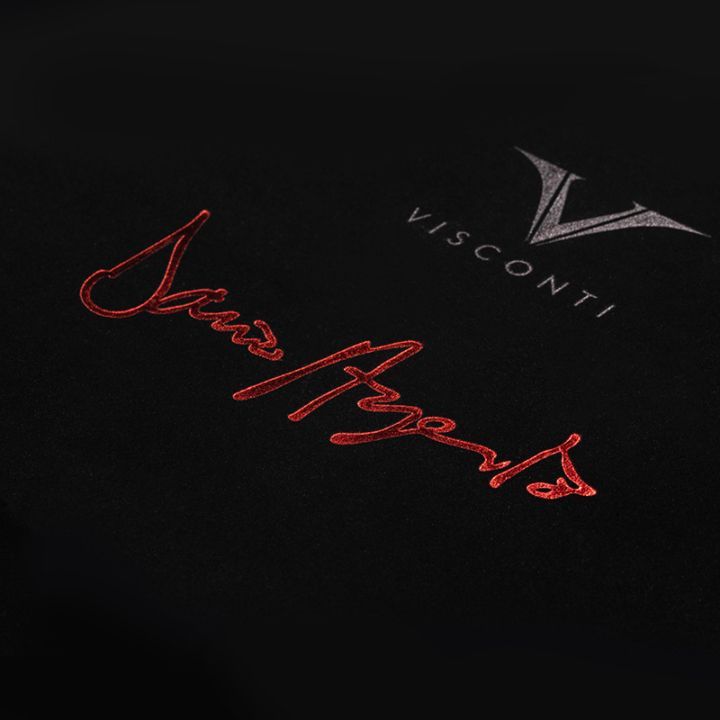 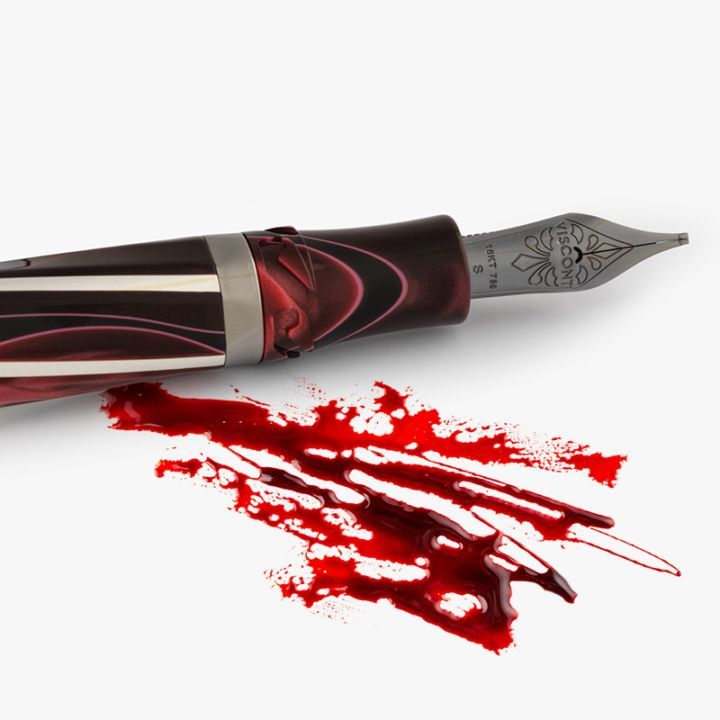 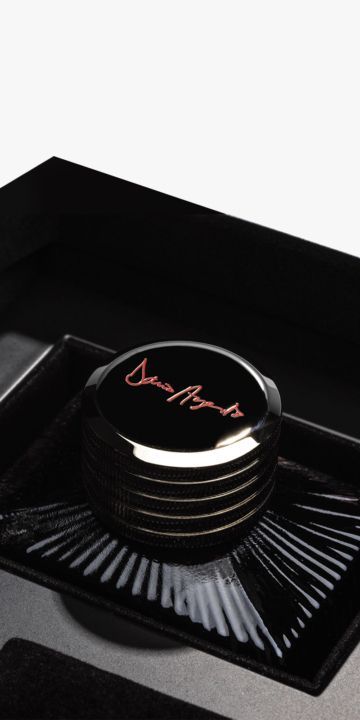 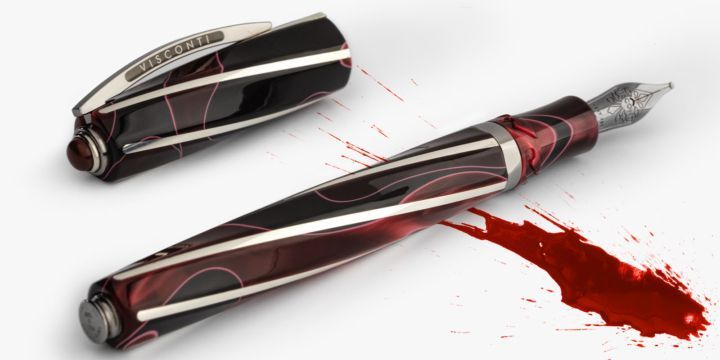