Dante Alighieri: a limited edition collection to celebrate the great poet and his masterpiece

Dante Alighieri: a limited edition collection to celebrate the great poet and his masterpiece

History, art and literature are some of the central themes Visconti’s creations gravitate around. They also often draw their inspiration from the fertile cultural heritage of the city of Florence. On the occasion of the 700th anniversary of Dante Alighieri’s death, the limited edition by the same name is a tribute to the illustrious Florentine scholar, whose rhymes still echo in the streets of the cradle of the Renaissance.

Poet, man of letters, politician, scholar of philosophy and theology, Dante Alighieri was born in Florence in 1265 and spent his childhood immersed in a period of wealth and activity for the Tuscan capital. On the 1st of May 1274, he met Beatrice Portinari for the first time and she instantly became his inspirational muse and the angelic woman recalled in many of his sonnets. From the heart to the pen, “l’amor che move il sole e l’altre stelle” (the love that moves the sun and the other stars) became the guiding thread of his work. It also helped found the Dolce Stil Novo or Stilnovismo, the new literary movement that used volgare, the spoken language of the time, to express lofty and edifying subjects and make them accessible even to the less educated.

A philosophical and literary inspiration

The Dante Alighieri collection draws its inspiration from the concepts expressed in The Divine Comedy, a poetic and literary masterpiece of universal and timeless character. It symbolises Dante’s redemptive journey and his exile in 1301 from the city of Florence for having sided with the White Guelphs.

The journey through Inferno, Purgatory and Paradise not only deals with themes related to his private life, but also refers to the political situation of the time, with targeted references to the corruption of the Catholic Church. Love is the main motor of life and it is what drives him to embark on this cathartic journey. The fountain pen and the limited edition rollerball, in particular, embody the various meanings of love that Dante describes in different passages of his work.

Available in fountain pen and rollerball versions, the Dante Alighieri pen is embellished with meticulous handmade engravings using the Scrimshaw technique often used by whalers during the American Revolution. The intricate carvings made on whale bones, shells, ivory and other materials were then filled with ink to create three-dimensional designs. This is why the main material chosen for the barrel and the cap is a precious ivory-coloured acrylic resin. The silver with an antique finish metalwork, on the other hand, is obtained using the microfusion casting technique.

The body of the pen depicts scenes from the Divine Comedy. At the bottom, the Inferno, with a quotation taken from Canto V and an illustration inspired by a Gustave Doré painting depicting Paolo and Francesca and their indissoluble bond. In the centre, the Purgatory, represented through the souls of the damned who yearn for Paradise, to which the entire cap is dedicated. On it, a famous quotation from Canto XXI stands out, accompanied by an illustration of Dante and Beatrice, once again in the style of Doré.

The exclusive box which showcases the Dante Alighieri is designed as a display object. It features a brass structure formed by two statues placed at either end depicting an angel and a demon. The custom-made box also contains a glass ink bottle, placed on a mahogany base, and a booklet describing the creative process behind this special edition.

Ready to embark on your own inner journey with Dante Alighieri? 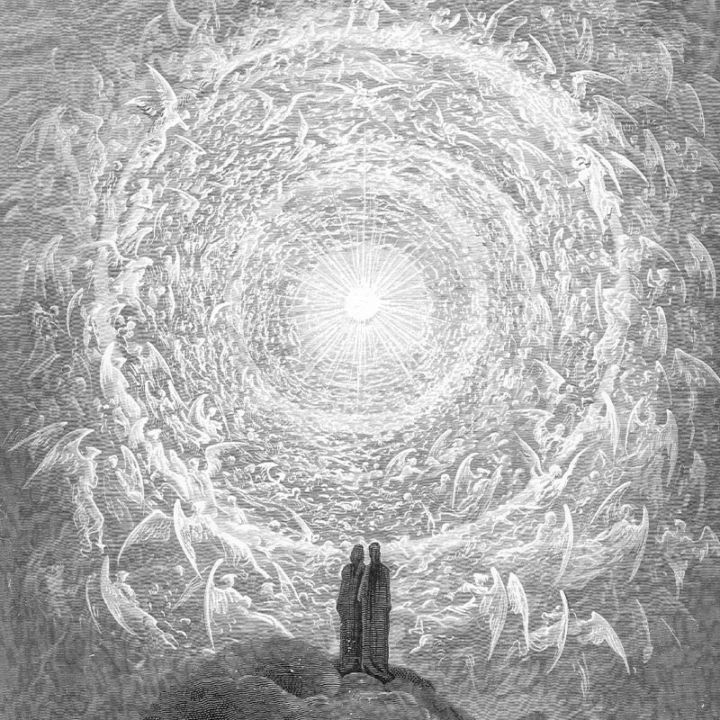 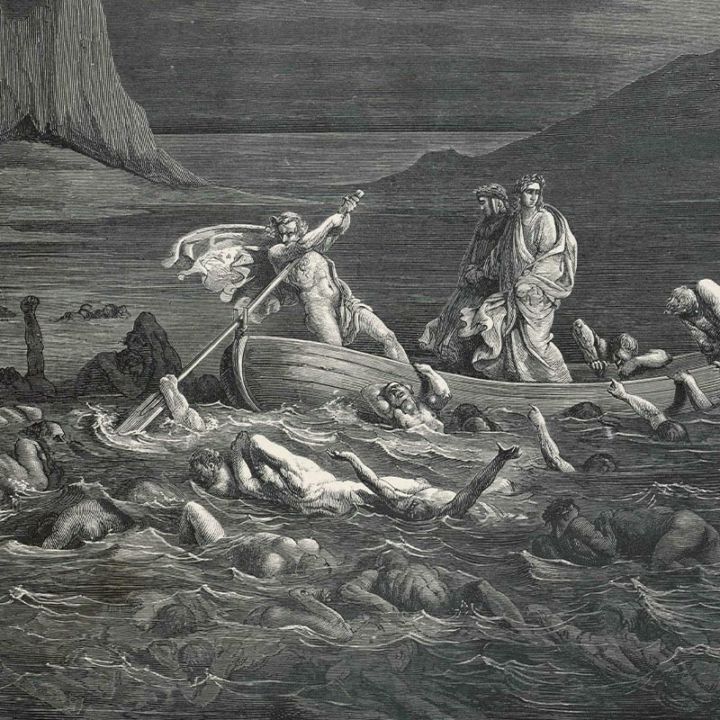 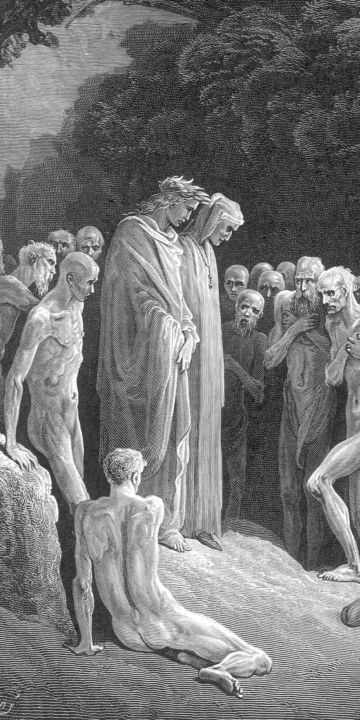 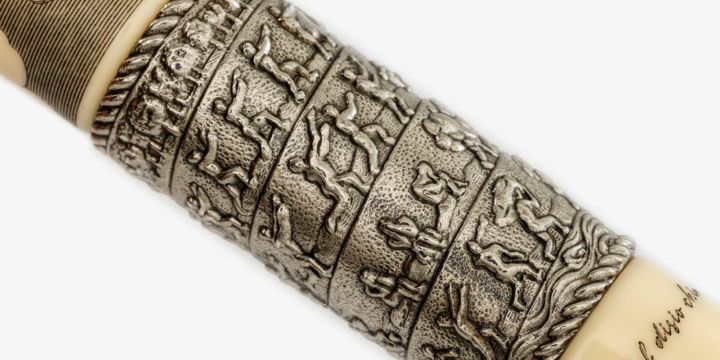