Al-Aqsa a journey through the religions of the world

Al-Aqsa a journey through the religions of the world

Moorish atmospheres, brilliant colours, geometric patterns and precious inlays: the Al-Aqsa fountain and rollerball  pens have the magical power to transport us to the faraway lands of the Middle East where sinuous shapes, arabesques and precious facades abound.

Prestigious fountain pen collectors won’t be able to resist the allure and jewel-like appeal of the unique pieces of the Al-Aqsa collection. The great skill of our artisans and their attention to detail have made it possible to recreate in pen form the precious decorations of the Dome of the Rock, the sanctuary that, with the Al-Aqsa Mosque, constitutes the third holiest site in the Islamic world.

If you close your eyes while holding the fountain pen in your hands, you will immediately be transported to one of the most sacred places for Muslims, Jews and Christians in Jerusalem. This religious complex is known as ‘Temple Mount’ to Jews, ‘The Noble Sanctuary’ to Muslims and until Medieval times, ‘The Temple of Solomon’ to Christians. It is therefore a mystical place of great spirituality that brings together the faithful of the three great monotheistic religions. We chose to celebrate this sacred place both as a symbol of cultural and religious interchange and for its extraordinary architectural features.

According to tradition, the Dome of the Rock is said to have been built to protect the sacred rock where Abraham, a figure recognised by the three great monotheistic religions, was about to sacrifice his son Isaac and, from the same rock, Muhammad himself is said to have ascended to heaven riding the mystical steed Burāq, which came from the Islamic paradise to lead the prophet on his journeys.

The sanctuary of the Dome of the Rock is thought to represent the oldest Islamic building in the world still standing today. Pure gold covers the perfect hemisphere of its dome that dazzles the eye as it glows under the scorching Jerusalem sun. We owe the grandeur and opulence of the decorations to the Umayyad Caliph Abd al-Malik Marwān who, between 687 and 691, had this grandiose monument erected, probably with the secondary aim of overshowing the awe that the Christian Basilica of the Holy Sepulchre aroused among the Muslims of the time.

For its realisation, the ruler specially called in Byzantine craftsmen and artists, who showed off their skills by decorating the outer walls with a cascade of colours and ornamental motifs in a myriad of shiny, multicoloured ceramics.

The sight is astonishing: a rainbow of hues in which persian blue, azure, ultramarine and turquoise combine with bright emerald green and a warm golden yellow reminiscent of the typical Middle Eastern landscape. In these places, the arid, sandy-coloured desert soil blends with the blue of the clear, blue sky and so, in this extraordinary sanctuary too, one finds all the colours of nature that the artists have skilfully reproduced on the hand-painted tiles.

The precious Al-Aqsa fountain pen is Visconti’s latest creation in the Mystic Pens collection celebrating the world’s religions. This time the inspiration comes from Jerusalem, the Holy City for Muslims, Christians and Jews, and more precisely from its fascinating Al-Aqsa Mosque.

The typical style of Islamic architecture is represented down to the smallest detail thanks to the use of precious materials that enrich the pen, transforming it into a veritable treasure. Vegetable resin is used to recreate the infinite hues of the façade. The pleasing combination between shades of blue and white also recall the colours of the flag of Israel. The octagonal shape of the pen deserves particular attention. It was chosen to exactly recreate the floor plan of the Dome of the Rock, common to all late Byzantine buildings.

The writing instrument’s many interesting decorative elements give it a place of honour amongst the most prestigious fountain pens. For example, the tiny ceramic tiles that run along the side of the pen’s cap and body faithfully reproduce the decorations on the entire façade of the sacred building. The top part of the cap, an exact replica of Al-Aqsa’s dome, is made of 18-carat rose gold, as is the rest of the pen’s metalwork. However, it is perhaps the porphyry fragment, which embellishes the clip, that gives this collection an undisputedly unique and exclusive character. Indeed, the ‘Foundation Stone’, a large block of porphyry carefully preserved inside the Mosque was an element our designers could not overlook in the creation of this writing jewel.

The prestigious Al-Aqsa fountain pen by Visconti is also accompanied by a splendid case in a sober and geometric style that protects the treasure it holds while highlighting its colours. The natural wood structure features lattice panels carved with a star motif interspersed with hexagons and octagons to allow a glimpse of the fountain pen. These geometric patterns are present both in the design of the pen and in the structure of the Mosque.

The wealth of detail reproduced so faithfully on this striking pen lends a Middle Eastern authenticity to the collection. An attentive and trained eye will immediately recognise the distinctive features of the famous Jerusalem shrine and appreciate the architectural mastery and blinding explosion of colours. 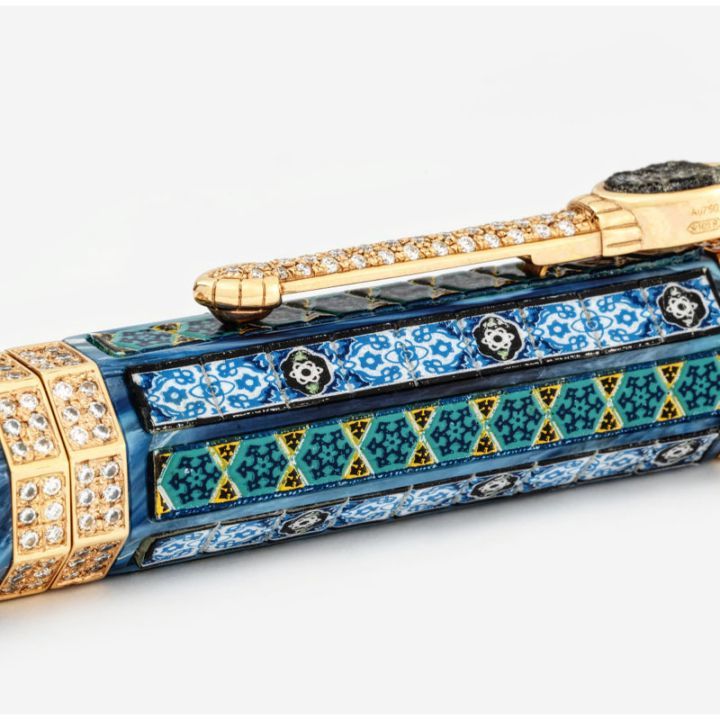 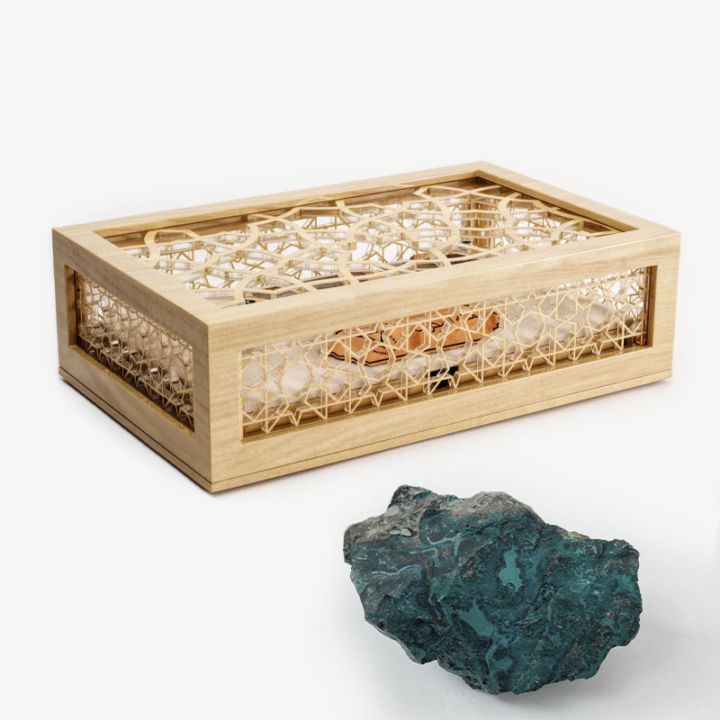 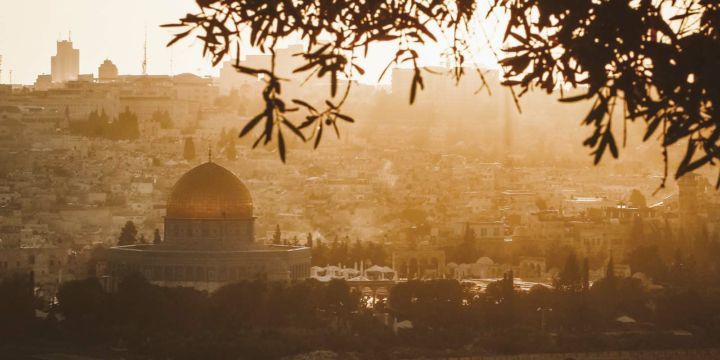