Precious pens: the evolution of perspective

Precious pens: the evolution of perspective

The Renaissance: beauty, harmony and perfection

Walking around the historical centre of Florence, one immediately perceives its fundamental role in the development of art and architecture in the world. Indeed, from the 15th century onwards, the city experienced a long period of creative activity, becoming a veritable hotbed of talent among architects, painters, sculptors and men of letters. The rich and powerful Florentine bourgeoisie gave its patronage to many artists, contributing to making the city the true cradle of the Renaissance.

The precious pens of the Rinascimento collection

The link between Florence, art and craftsmanship that started in the Renaissance period is stronger than ever. This is why Visconti has chosen to honour the city and its epic deeds by creating a collection of precious pens made from highly prized raw materials. The Rinascimento collection thus becomes a celebration of the new figurative language that revolutionised all fine arts from the 15th century onwards.

We owe one of the greatest innovations of the time to Filippo Brunelleschi. He introduced the world to the scientific or linear perspective, a new method to represent reality and space. It is thanks to him that the concept of the vanishing point, a focus point in the background towards which all the lines of objects converge to portray depth and three-dimensionality, was introduced for the first time. This was a great transformation in the theory of architecture, which then saw its greatest realisation in the Dome of the Cathedral of Santa Maria del Fiore, still the largest masonry dome ever built.

If Brunelleschi is considered the father of the Renaissance for architecture, then Masaccio and Donatello are respectively the ones for painting and sculpture. The latter embodies the more naturalistic soul of this artistic current by representing reality as it appears. Proportionality, perspective, classicism, delicate shapes and gilded stuccoes are the main elements that distinguish Renaissance art and can be found in the churches, facades and paintings of the time. 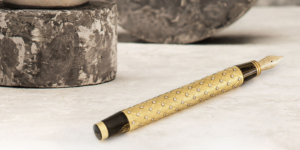 All these distinctive traits are reflected in the precious pens of the Rinascimento collection, conceived as true works of art and priceless jewel-like objects. The two pens of the collection are: the Rinascimento Opium HRH and the Rinascimento King of Diamonds HRH. Just as the Renaissance period saw the rediscovery of classical shapes and Greek and Latin values, Visconti also opted for precious stones with a strong symbolic value.

The King of Diamonds variant is in fact studded with 120 diamonds that adorn the entire barrel of the pen. The word diamond derives from the Greek word adamas – invincible – a term that sings the praises of eternal love. According to legend, the fire of the stone represents precisely the inexhaustible and everlasting flame of love. On the other hand, the Opium fountain pen features a cascade of 120 rubies of a deep and intense colour, a gemstone that has always been a symbol of longevity, passion and love.

The Rinascimento fountain pens are a collector’s item to be jealously guarded like a precious necklace or a family ring. All the metal parts, which include the barrel and nib, are available exclusively in solid 14kt gold. The cap, on the other hand, is made of ebonite, a material reminiscent of the tradition of the first fountain pens, ideal for its lightness, strength and lustre. The cap’s warm, dark colour stands out even more against the dazzling gold sheen of the other components, providing an elegant and refined contrast.

The two masterpieces Rinascimento King of Diamonds and Rinascimento Opium are in fact Visconti’s most precious creations. A top of the range for true connoisseurs and enthusiasts who desire a writing instrument that blends the precision of Florentine fine jewellery with the architectural proportions of the Renaissance. Though shape and the highest quality materials were given priority in the design, functionality wasn’t neglected. So much so that Visconti has decided to wrap each ruby and diamond in a light solid gold profile to make the pen comfortable to grip and soft to the touch. Moreover, thanks to the careful choice of materials, these jewel-like pens weigh only 35 grams, making them very easy to handle and use.

The old adage that goes ‘a diamond is forever’, can now, thanks to Visconti, become ‘a King of Diamonds is forever’. A precious Rinascimento pen is an absolute must-have, a prized possession for great occasions that will last a lifetime and more. Though it might be difficult to choose between the brilliance of diamonds and the intensity of rubies, either pen is an incarnation of quality, elegance and fine Florentine craftsmanship. 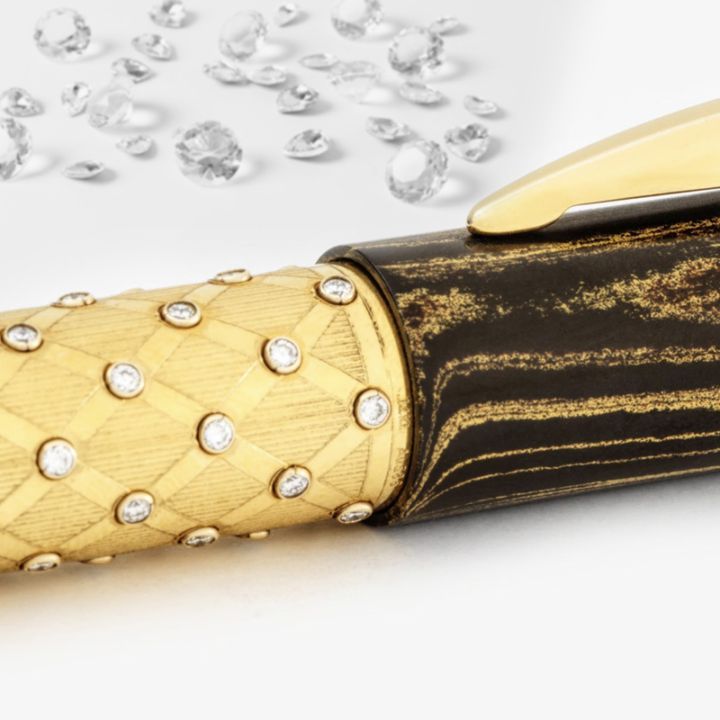 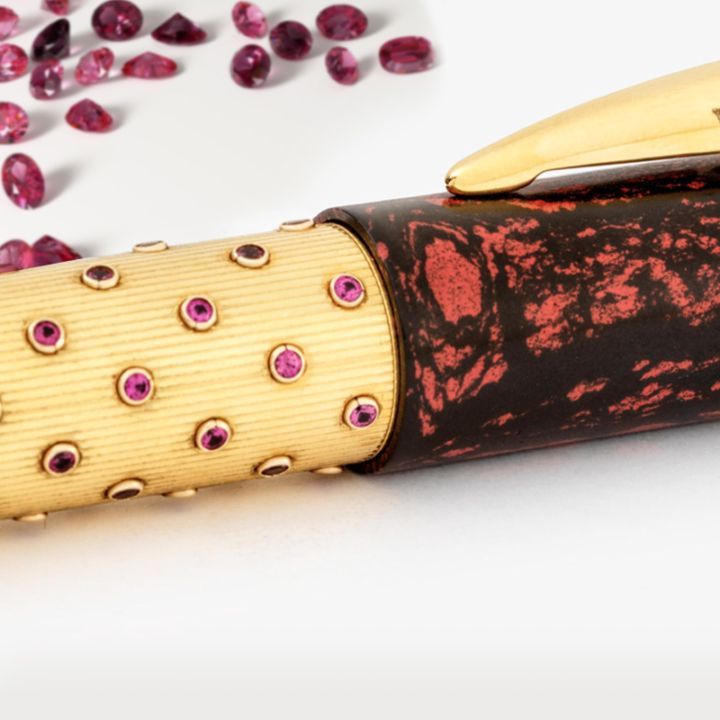 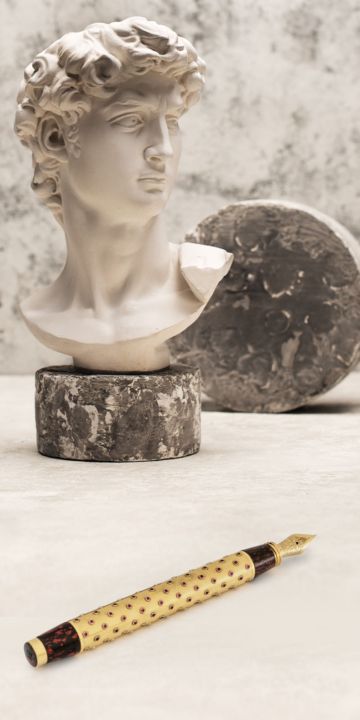