The nib: a journey of discovery

The nib: a journey of discovery

Visconti’s story is based on reviving and promoting the Florentine artisan tradition, on keeping a cultural memory alive while finding the best manufacturing techniques through ongoing research. These values are also crucial for the creation of fountain pens. These writing instrument jewels exist thanks to decades of expertise in the most sophisticated of Italian craftsmanship. For each one of its pens, Visconti produces the feed, and the true heart of the fountain pen, the nib.

The nib: a synthesis of luxury and functionality

For many centuries, the quill was the writing instrument of the upper classes, at least until the early 19th century, when the industrial revolution made it possible to create pens with an ink reservoir and a metal nib. The invention of the flow-controlled nib, as we know it today, is attributed to Lewis Edson Waterman, an insurance salesman. In 1884, he realised that constantly dipping a pen into an inkwell was not only a waste of time, but could also cause irreparable stains on documents.

He was the first to think about piercing a small hole in the element that joins the reservoir to the nib. This operation made it possible to control the flow of ink based on the pressure exerted on the nib and to write continuously without the risk of spilling too much ink on the paper.

The fountain pen’s nib determines the style, smoothness and fluidity of the stroke. There are as many types of nibs as there are types of writing, the main difference lies in the width of the tip. Knowing the characteristics of one’s handwriting is fundamental in order to choose the fountain pen that best matches our writing style. A person with a thicker stroke, might, for example, prefer a broader nib; one with a thinner stroke, might feel more comfortable with a finer nib.

Giotto and Giottino: the Visconti nibs

Visconti writes a new page in its history with the launch of its new nibs produced completely in house. The two types of nibs, Giotto and Giottino, were named after two great Florentine masters. The first comes in 18kt gold, the second in 14kt gold and both are available in five sizes: extra-fine, fine, medium, broad, stub.

The iconic Lily engraving, the symbol of the city of Florence, has been present on the Visconti 18kt gold nibs since 1988. The nib is also embellished by the brand’s V logo and a letter indicating the nib’s size. Visconti’s nibs, with their more streamlined shape and new font, are more than ever a symbol of research, innovation and functionality without betraying the brand’s artisan roots and quality craftsmanship.

Visconti’s nibs are made of gold. This noble metal is very malleable and guarantees an extremely smooth stroke. In order to match the aesthetics of the different fountain pens, Visconti has created a series of sophisticated processes, such as rhodium, rose gold and dark ruthenium plating as well as a special iridescent treatment to enhance the style of the nib.

The value of fine craftsmanship

Carefully selecting the finest materials is only the first step in the creation of a nib. The indispensable ingredient for achieving excellence is know-how. The expert hands of Visconti’s craftsmen create and finish every part of the nib with the utmost care.

The nibs are manufactured in 15 stages, with a final polishing phase carried out by hand. The process starts by drawing the gold bar and laminating it to the required thickness. “After an initial shearing, we pass the gold strip through the conical rolling mill and then shape it to the desired form,” says one of Visconti’s craftsmen. “At this point we proceed with the patient and meticulous work of engraving.” The nib then undergoes a heat treatment process to forge it more easily into its final shape. In the following step the iridium ball is soldered onto the nib’s tip.

Now that all the parts of the nib have been assembled, the craftsmen move on to the finishing phase, which begins with cutting the nib, followed by hardening, vibro-polishing and a meticulous microscopic inspection of every tiny element. “At this stage, we delicately bend the nib to bring the tines together, then we grind and polish the iridium micro sphere,” explains one of Visconti’s craftsmen. The long and careful craftsmanship process is completed by a further microscopic check and a writing sample test. 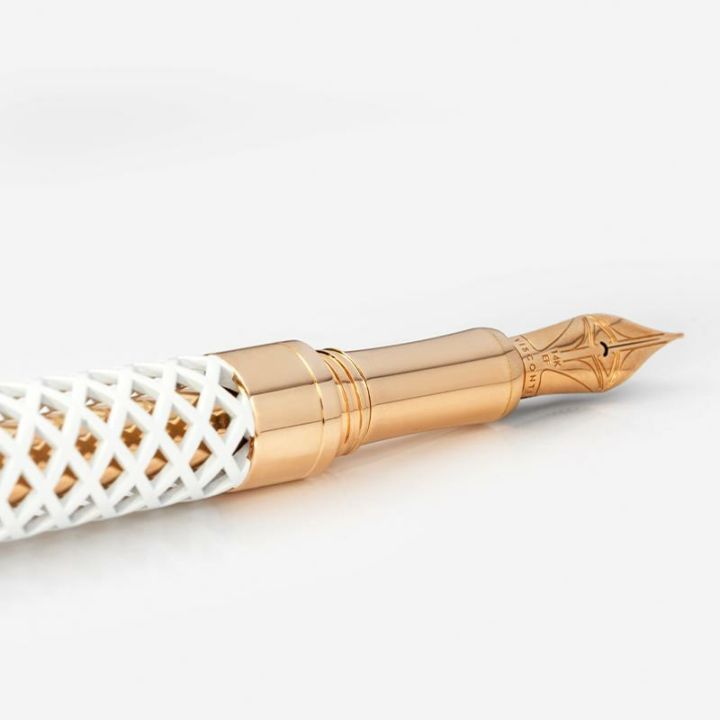 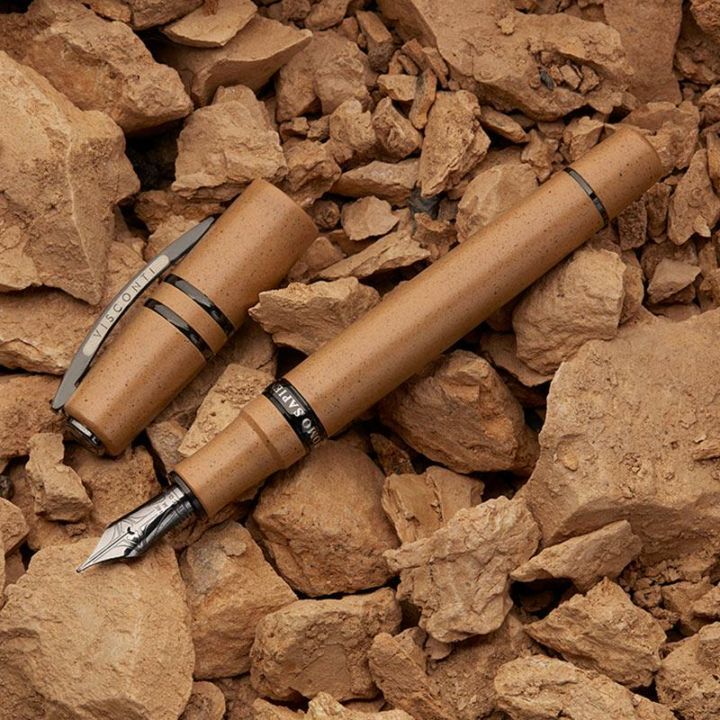 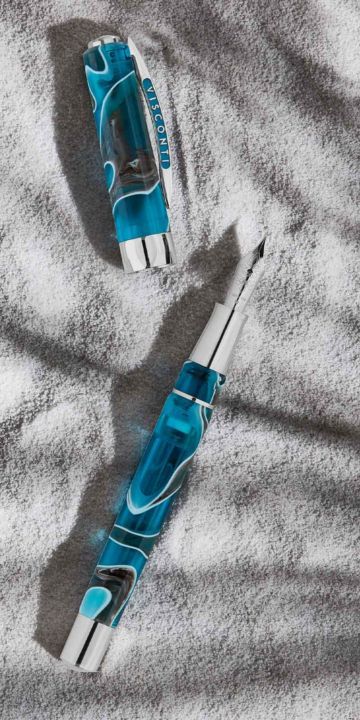 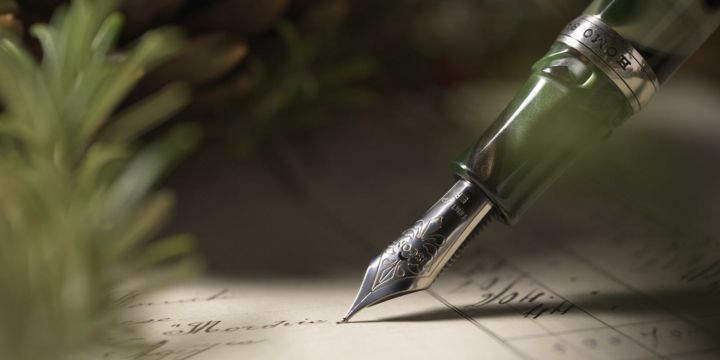