The charm of the world’s oldest board game: the Backgammon Collection

The charm of the world’s oldest board game: the Backgammon Collection

Visconti dedicates its new limited edition collection to the world’s oldest board game. The Backgammon Collection celebrates and raises awareness about this extraordinary pastime that requires concentration, brilliance and, of course, a little luck. This world-famous game gives life to sublime writing instruments made of brilliant tones and refined materials. This exclusive collection comes in only 128 pieces.

Rediscovering a game from ancient times

There are numerous hypotheses about the birth of backgammon. The most credited one traces the origins of this board game back to the Sumerian civilisation. The Royal Game of Ur was invented around 4500 years ago in Mesopotamia, the place we now know as Iraq. Over time, this distinctive board with 24 triangles of alternating colours began to spread, both in the East and in the West, becoming increasingly popular among various populations and cultures. The game was also in favour in medieval times despite the Church’s attempts to ban it for being a game of chance. In Italy, backgammon has not achieved the same levels of popularity as in other countries, but was imortalised in Caravaggio’s famous painting I Bari from 1594. 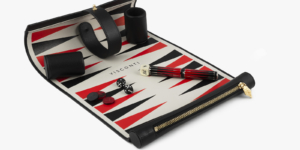 For over four millennia, the world over, players have enjoyed moving all their checkers from their home base, or ‘house’, and taking them around the board in a counter-clockwise motion. The two players, sitting face to face, challenge each other with dice rolls to determine how far they can move their checkers, following a horseshoe-shaped path. Each place their checkers on the right triangles to start the game and try to prevent their opponent from gaining points by blocking their checkers. The player who manages to remove all their 15 checkers from the board first, wins. The game’s loser can suffer three different types of defeat: a gammon, if the winner succeeds before the opponent has taken even one checker off the board, a backgammon, if the opponent still has checkers in the winner’s house, and a simple defeat, if the opponent has not yet finished taking out all his checkers.

The limited edition for those who dare to tempt fate

How can a backgammon aficionado resist the allure of the new Backgammon Collection that features two masterpieces: a fountain and a rollerball pen, which recall the board game of the same name down to the smallest detail? The 925 sterling silver pen has an oversized body that enhances its precious features. Along the entire length of the pen, including the cap, red and black triangles alternate in bright and luminous tones thanks to a special enamelling technique that emphasises the brilliance of the colours. The fountain pen’s nib, available in all sizes,  has been expertly crafted in 18-carat gold with brilliant palladium plating.

The pen can be personalised by choosing to include the die-shaped blind cap. The ivory-coloured embellishment immediately brings to life the world of games and its aleatory nature.

The Backgammon Collection has pushed the bar of the creative process even higher and resulted in the introduction of a travel game set inside a soft and elegant pen case decorated with a golden zip. When unfurled, the compact black palmellato leather case reveals a highly realistic backgammon board, dice and checkers. This practical board game is so easy to transport that you can start playing whenever the fancy takes you.

The Backgammon game is charged with symbolic meaning. It is a game of contrasts and juxtapositions, in which colours enhance each other and represent opposing forces, such as good and evil, that are in a perpetual state of struggle. Playing a game of backgammon is like taking a journey through human existence: just as we need that perfect mix of skill and luck to beat our opponent, in life too, the secret lies in knowing how to use one’s brilliance and, if possible, some help from Lady Luck to smooth our journey. Backgammon is a perfect metaphor for life: when you roll the dice and get lucky, maximise the result, and when good fortune turns its back on you, know how to limit the damage with cunning and skill. 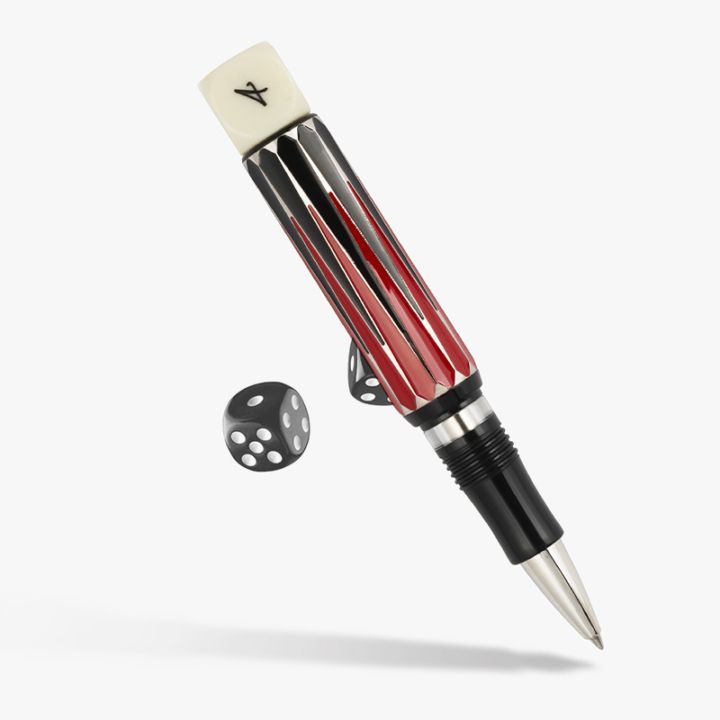 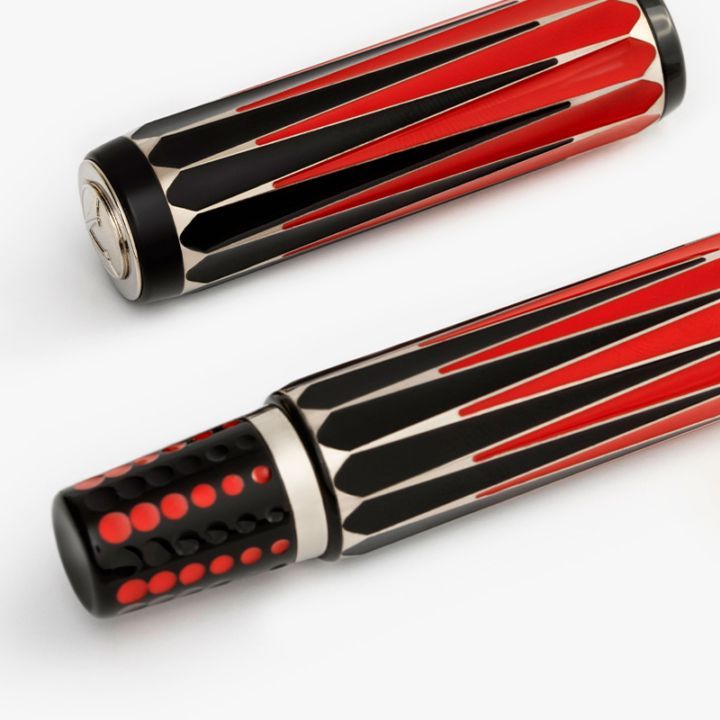 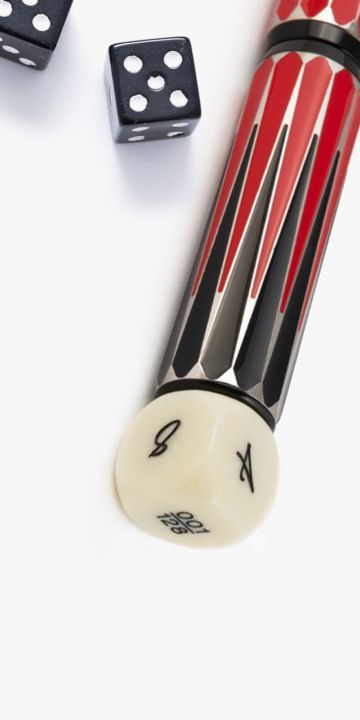