The journey through the flamboyant colours and sinuous shapes of Vincent Van Gogh’s art takes us to the Land of the Rising Sun. It is precisely from the Far East that the illustrious Dutch painter drew much of the inspiration for his oriental works. He was enchanted by ukiyo-e, a traditional wood printing Japanese method depicting scenes from the ‘floating world’.

Already during his years in Antwerp, the artist developed a visceral love for Japanese art, which, from the second half of the 19th century, began to flow into Europe through maritime trade. Once in Paris, he began to assiduously frequent the gallery of Siegfried Bing, a renowned connoisseur of the art and culture of the Far East and a well-known art dealer who sold valuable pictorial artefacts of Japanese origin.

Van Gogh envied the abilty of Japanese artists to depict pictural elements with extreme clarity as well as the simplicity of their strokes. He also enjoyed reproducing the work of the great Japanese masters. On the 4th of July 1886, Van Gogh came across the Paris Illustré issue dedicated to Japan. The cover portrayed the image of a woman in traditional dress drawn by the well-known Japanese artist Kesai Eisen. In 1887, Van Gogh attempted to reproduce the fascinating and evocative style of the Japanese artist in one of his most famous paintings, Japonaiserie Oiran.

For this masterpiece, Eisen was inspired by an important aesthetic and cultural category in Japan: the world of courtesans. The lively pleasure quarters of Japanese cities and their main protagonists were a recurring theme in Japanese iconography. The oiran, not to be confused with the figures of the geisha and maiko, were high-brow courtesans destined to entertain the wealthiest clients belonging to the upper classes.

And this is how Van Gogh came to celebrate a charming and fascinating figure typical of 19th century Japan.

When contemplating the painting, one is struck by the bright yellow of the background, which sets off the red, green and black tones of the protagonist’s kimono. The oiran is surrounded by a water garden with tall bamboo canes, tapering cranes and a squawking frog surrounded by white water lilies. The depicted animals were not casually chosen, in French, grue (crane) and grenouille (frog) were often terms used to refer to prostitutes.

From a painting to a collector's fountain pen

The bright and luminous shades in the painting were the starting point for the creation of the new Oiran fountain pen, a new addition to the Van Gogh collection. Our master craftsmen, true heirs of the Florentine artisanal techniques, have skilfully combined the vivid tones of the Dutch artist’s painting from cap to nib.

The shades of acrylic resin blend the turquoise of the sea with warm tones from amaranth to brown to create a natural result reminiscent of the nuances of precious gems. The brilliant colours are enhanced by a new pen shape used for the first time in the production of a Visconti writing instrument. The 18-sided faceting gives the barrel and cap of the Oiran fountain pen unparalleled elegance and luminosity. The metalwork fits harmoniously into the colour palette of the pen.  The brass elements, plated with palladium, further enliven the resin tones, lending a touch of absolute refinement to the writing instrument.

The Oiran fountain pen from the Van Gogh collection is a perfect little gem for the passionate collector and art lover in search of an original instrument that  combines quality, uniqueness and class.

It is well known that Visconti never leaves anything to chance. The Oiran pen is therefore accompanied by a special themed case. The bespoke box features a detail of the painting Japonaiserie Oiran on the cover which immediately carries the mind to faraway travels to the Land of the Rising Sun and allows us to rediscover one of Van Gogh’s less known masterpieces in the Japanese style. In addition to the fine fountain pen, the interior also contains a small personalised ink bottle and a bookmark recalling the painting.

The Van Gogh collection is back to amaze with its new colour variant inspired by the painting Japonaiserie Oiran. This latest addition to the collection fits perfectly in the wide range of fine fountain pens dedicated to the Dutch artist’s greatest masterpieces.

Each Van Gogh pen is specially crafted to recreate, by means of a special resin processing technique, the perfect fusion of colours an impetuous brush stroke on canvas of the tormented Dutch painter. If in the paintings it was the oil tempera that aroused awe and disquiet in the face of such mastery, here, it is the colour nuances that run sinuously along the entire body of the fountain pen that recreate the special swirling texture typical of Van Gogh’s paintings. Each pen is its own unique colour combination and pattern, making each piece a one of a kind.

Visconti’s Van Gogh fountain pens are small masterpieces to be jealously guarded, just like the extraordinary paintings from which they are inspired. With ever-changing tones and lines in the resin, each pen is presented in the predominant colours of the painting. Thus we have the enveloping amber colour of Café Terrace at Night; the bright, intense yellow of Sunflowers; the delicate aquamarine tones of Self-Portrait; the elegant mahogany of The Red Vineyard; the soft, sweet pink of Peach Tree in Blossom; the blue and yellow of Starry Night; and, finally, the blue-green of Wheat Field under Thunderclouds.

Japonaiserie Oiran, available in fountain, rollerball or ballpoint pen, has taken its place amongst the other masterpieces of art and craftsmanship in the collection. Regardless of which one you choose, it will comes in a refined box that contains a bookmark to keep you company while your read and an ink bottle (for the fountain pen model). Indeed, Visconti made sure that each collector’s fountain pen came with its own exclusive shade of ink. 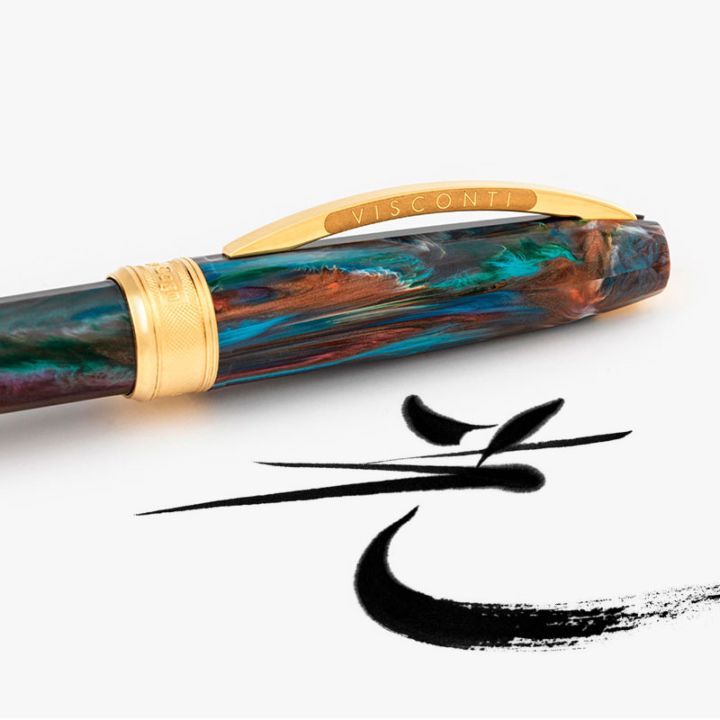 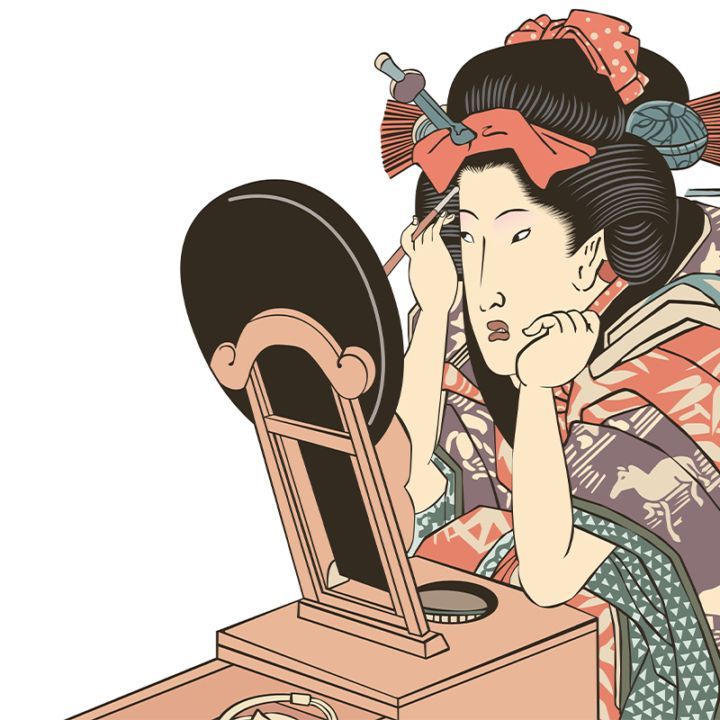 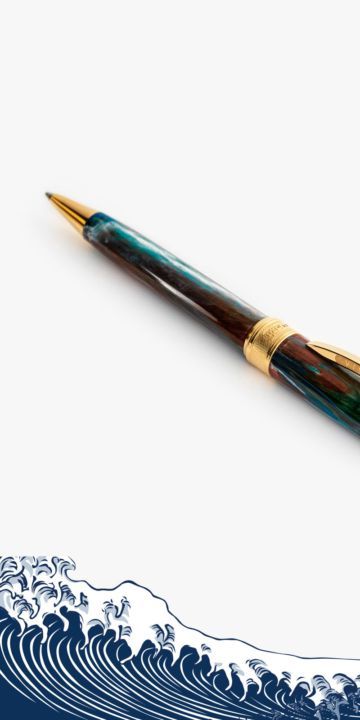 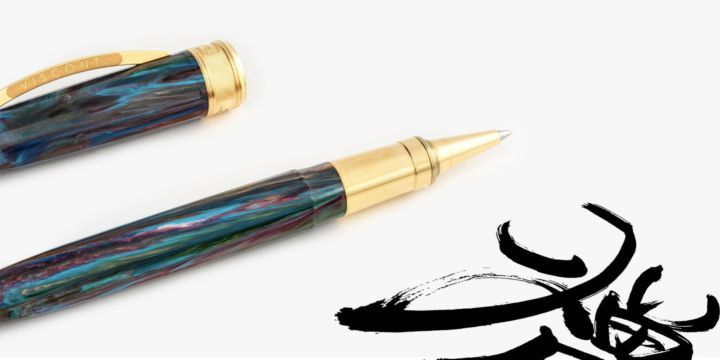